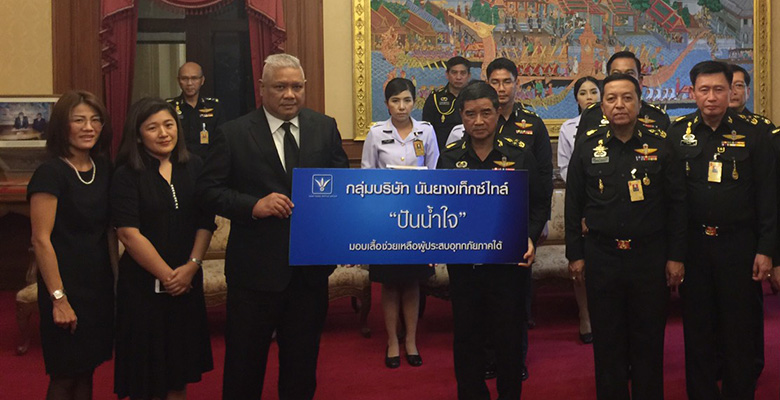 13 Jan A donation made for the flood victims

Posted at 22:37h in community by admin

On Friday 13 January 2017 Khun Winyuth Kachapakdee, Assistant Chief Operating Officer, represented the company group by giving 2,000 polo shirts to Geneneral Chalermchai Sittisarn, Commander-in-Chief at the Army Museum Royal Thai Army Headquarters. This was part of a donation made for the flood victims in the southern region, Chumphon, Ranong, Surat Thani, Prachuap Khiri Khan and Nakhon Si Thammarat along with a lot of other necessities.

Altogether there were 30 vehicles full of things and 63 military personnel who went down there.